For my second sport tutorial, I chose to make a basketball tutorial.

Did you enjoy the video?

Today we had a lesson on sustainability. We were asked to do a reflection, and I chose to make a google slides on what I learned today in class. 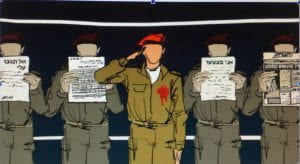 In language arts, we got an assignment to write a memoir and this is mine.

Pass pass pass and pass the thing you need to do in school and hockey. In the summer of 2018 in August I made the competitive hockey team. When I made the team I was happy but also nervous to see who my teammates were. I didn’t know what to expect. It was my first time trying out for a competitive hockey team and I made it. At first, I didn’t know why or how I made it. All I knew was that we practice at least three times a week and play at least two games a week. That was a lot more than usual for me because when I played house league I played two times a week. I also was a bit scared because even though I was only in grade 4 I still wanted to make sure my grades were high as usual.

The first semester of school was hard because I was trying to get into a rhythm. When I saw my first term report card my grades weren’t as good as usual. My parents told me it’s ok because I was changing rhythms, but that next we have to work hard and find as much time as we can to do the work smarter and harder so I said ok. Then we started the next term and I remembered all the tournaments and playoffs we’re coming up, so I knew it was going to be harder to bring my grades up. But I knew that if I put all my effort into studying and hockey then I’d hope that my grades would increase but they got worse. My parents started getting mad. I felt the urge to just tell them how hard and challenging it was trying to compete at a high level and trying to keep my grades up because grade 4 was the grade where you got at least two pages of homework from each subject. Plus going to a private school I had another language on top of that.

Now I ran into another problem during the playoffs. My great-grandpa died and that was hard for me because I was very close with him and he did a lot for my family. Now I had to go to the funeral and I missed one of my playoff games and found out my team lost the game I missed. So now I was mad, sad, and discouraged. Later that day we were in Montreal and we went back to my great grandpa‘s apartment for the shiva. We were eating there but I didn’t like the food because it tasted disgusting to me. But my great grandpa‘s apartment had this smell and whenever I smelt this smell, it reminded me of him so I started crying. Everyone was confused and thought I was just crying because I was sad no one knew it was because of the smell until my mom brought me to a room and asked me and I told her his apartment smells like him. We started laughing and crying and then she gave me a bag of chips. When we got home the next morning I had a game we were losing 2-0 in the series so we needed to win. Before the game, on the ride with my dad to the arena, we were talking about him. My dad knows that I don’t like expressing my feelings and when sad stuff happens I don’t like crying but when we were talking about him I started crying and at the same time you kind of feel good to let the crying get out of me. We ended up winning that game and I scored the winning goal. My point here is that even if you don’t wanna express your feelings sometimes it’s good to and it makes you feel better. We ended up losing 4 to 1 in the series.

Conclusion: The lesson I learned was if you think you’re having a perfect life or if you want to have a perfect life you can keep trying and trying but there’s always gonna be that one thing that interrupts it.

I chose this topic because it really messed up my life in 2018. I feel that writing about an event that you didn’t like helps you get out of your brain.

This experience changed me as a person because I knew that if something like this happened to me again I would know how to handle my emotions.

My advice for the readers reading this is that if you’re accomplishing something big and you think it’s going to change, think again and think if it’s really what you want. 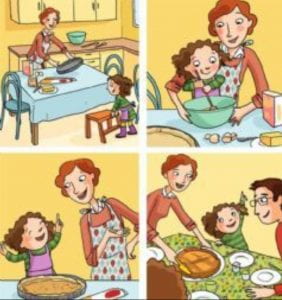 In English Mr.Washerstein is teaching how important it is to use sensory language when your righting descriptive paragraph’s. Sensory language helps the reader picture as if they were there.

My dream vacation is going on a cruise with all my friends. We are going on the first Canaidien cruise, from Canada  all the way to L.A, Orlando, and Vegas. On the cruise we saw a dolphin and an airplane. It was weird that I saw an airplane because it was a stormy day. I could feel the rain drops coming down harder every few minutes. The clouds we’re getting greyer and greyer and greyer until boom it’s gone and the sky is bright blue and the sun is shining brighter than ever.

The next morning my friends and I went to the buffe. We sat down on the comfiest place in the entire place where the seats were leather and the seat was so soft when you left it felt like you just left heaven. At the buffet there was the best food there was poutine, burgers, hotdogs, fries, pizza etc. Plus it was served by the best chefs in the world, the food was so good it tasted like it came from a 5 star restaurant in Canada and smelled like the beavertail truck in  Canada even though there were no beavertails. It was only lunch so I couldn’t imagine what they were going to serve for dinner. It was a bummer because we were leaving the next morning. For dinner that night we had soup baguette and fillet mignon. It was so good . After that I was so full I felt like an overflowing tortilla bowl. And that’s my dream vacation. 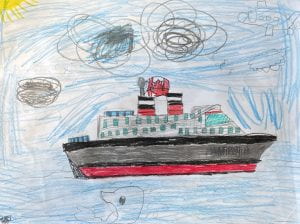 If I could do this again I would spend more time to make a better drawing’s.

In electives this term we were asked to do a passion project. I chose to make hockey tutorials. Here’s my first video hope you enjoy.😃

For the next term I will continue to make videos but the next video will be on basketball. Please leave a comment below if you have any suggestions.

For my science class, we were asked to build a rocket on Tinkercad. I have never used Tinkercad before. Tinkercad was hard at the start but then started but it got easier along the way. Here is the rocket I made.

This winter break was different than any other year because of COVID, but I still tried to make the best of it.

(Here Is My visual)